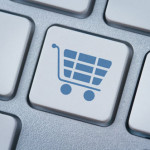 The regional fund Western NIS Enterprise Fund (WNISEF) will cover all the costs and will offer free the Ministry of Finance the electronic module Business Intelligence, which will ensure full access to information of public interest and will generate reports on the public procurement procedures performed through the new MTender system. The proposed instrument will also incorporate the data for the previous years, available from the Public Procurement Agency.

On September 7, WNISEF signed a memorandum of cooperation for the development and utilization of the inurement with the Ministry of Finance, the European Bank for Reconstruction and Development and seven local NGOs. This way, the Fund will support the public procurement system reform that was launched in Moldova last year, alongside other donors, such as the EBRD and the EU Delegation to Moldova, IPN reports.

In the signing event, Minister of Finance Octavian Armasu said this instrument will improve the civil society’s capacity to monitor the functioning of the new electronic public procurement system MTender.

“For its part, the Ministry of Finance will use the experience of NGOs to compile interactive reports understandable to the public,”

WNISEF Local Economic Development Program manager Irina Ozymok said the success of the public procurement system reform depends on the cooperation between the state, the business community and civil society.

“I saw the best such example of synergy in Ukraine and we think that MTender in Moldova will produce as good results,”

According to Ukrainian experts, the system could be piloted from November, but its efficiency depends also on the number of users, namely of business entities, which should show interest in using it.