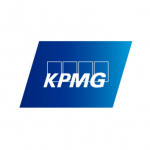 Speaking at the Shared Services Outsourcing Network conference in Amsterdam, KPMG’s director, Claudio Altini, said the decision to outsource is no longer simply about reducing costs or headcount.

His comments follow research from KPMG that show more than two-thirds of service providers polled were cautiously optimistic about pipeline growth for the next quarter.

When asked to identify the key areas of interest, half suggested they would expect customer demand for IT services to increase between now and the end of June.

He said: “All the evidence suggests that organisations are expanding the services they outsource, but it is no longer accurate to say that they are turning to third-party suppliers just to reduce costs.

“Today’s challenge is much more about searching for the next level of value, which means ripping up the traditional outsourcing contract and replacing it with guarantees that assure value for money.

“Too often, in the past, outsourcing relationships have broken down because of mixed messages around the three Rs – rates, results and responsibilities.

“Now, however, businesses are no longer prepared to accept standard terms and conditions for outsourcing their core services.

“They want proof that service delivery arrangements are flexible, can move with the strategic needs of an organisation and will meet the targets demanded by stakeholders.”

He went on to add that economic uncertainty had forced the outsourcing industry to mature, and that the old model of ‘cheapest deal wins’ is unsustainable.

Mr Altini suggested the next level of value will see contracts where performance and price are more intrinsically linked, and where governance comes to the fore so there is no doubt where responsibilities lie.