How Much Does It Cost to Create a Navigation App Like Waze? 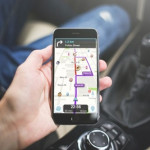 Today the capabilities of smartphones and mobile devices are probably enough to survive in the middle of nowhere.

Well, at least they can show you where you are and how to get to the nearest Walmart. That is why the navigation apps are so popular. With such app, you can find your way in an unknown city, create a route avoiding a traffic jam or help other users with navigation.

According to Gartner statistic, travel and navigation category is one of the fastest growing. The survey is based on year-on-year growth of time that users spent on apps in 2015, and this indicator reached 54% TNS research studied users drivers for installing navigation and location-based apps at their smartphones and here is the result: 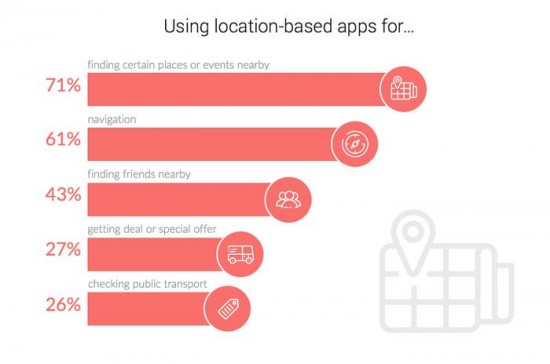 So, if you are thinking of navigation app development, you probably made a right business choice. In this article, I am going to guide you through features and niceties of one of the market leaders Waze app.

Get the best route with Waze

Waze is a second most popular navigation app after Google Maps. The Funny thing is that Google acquired Waze in 2013. By that time it already had over 40 million registered users, who shared about 30 million reports only in the U.S.

Basically, Waze is a full-featured navigation app. But it also has a unique crowd-sourced component. Drivers that are using Waze report about accidents and other hazards, mark on the map road closures and repairs and so on. They also can add a photo to their note. The interface is very handy and intuitive. 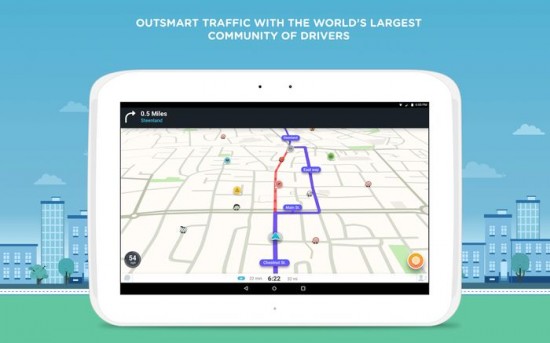 The other drivers show red lines on the map that indicates the dense traffic and suggest rerouting the user to an alternative path. You can also send the information right from the app to notify your friends that you are going to be late due to the traffic: 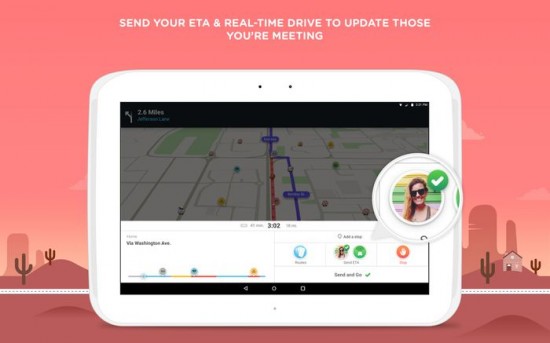 The search function is also worth mentioning. It works both with places and addresses and gives recommendations based on your previous entries.

I can underline some undoubted advantages of the Waze app:

How Does Waze Make Money

If you intend to make a traffic app, you probably were thinking about the monetization model of such kind of business. Regarding Waze, the largest amount of revenue they get from the location-based advertising. This service was launched in October 2012 and earned a bit less than $1 million till the end of the year.

The advertiser is usually a small business that puts a business on the Waze map and decides how much to spend monthly. When the drivers are approaching the location or searching nearby, they can see an ad.

The main feature of Waze`s ad is that the program knows not only location but also a destination of the user. Such approach allows showing relevant ads along the roads towards a destination.

How much does it cost to develop an app like Waze?

So, if you have decided to work on a Waze app clone, it is crucial to estimate basic expenses and set up the workflow. We usually recommend choosing native app development, which means the separate application for every operating system.

This allows to achieve better app performance, provide user`s data security and have better access to inbuilt smartphone options such as accelerometer and GPS-tracker.

The other choice that can help you to master wisely your navigation app development cost is building MVP or Minimum Viable Product. Start creating your app only with essential functionality, don`t try to implement your idea and all killer features before the first release. The more important right now is to deliver the product before competitors, test your idea and start to conquer the audience.

Here is the list of essential features that form the basic cost to build a navigation app:

There is a perfect solution for this feature, especially of you are thinking about starting with MVP. The Google Maps Directions API returns a list of turn-by-turn instructions and provides human-readable notification.

There is an important note, though. After the first 2500 request from your app per day, it started to be paid.

The average price for the app like this starts from $25-30 thousand. It includes the work of developers, QA-professionals, and UI/UX designers.

Of course, the question “How to create a GPS navigation app for Android or iOS” is more complicated. First of all, there might be your unique features that can add a price.

From the other hand, there are a lot of non-obvious issues like security or legislation that should be taken into account. You can call us and ask for free 2 hours consultation with our business analyst. He can help you to analyze your idea and business prospects and give a more detailed estimation.

And worry about your idea. We protect your intellectual property by signing a non-disclosure agreement.