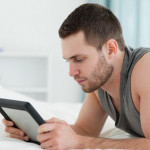 Cloud computing became the norm for companies storing information, everything became software-defined, and Big Data broke into the mainstream.

Despite all of that, 2015 promises to bring even more technology innovations, especially for network infrastructure.