Global IT outsourcing market finds the new role of Ukrainians 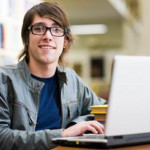 Ukrainian political events are in the focus of global news. And global IT-market, too. Although, the connection between these two subjects is not noticed, as a rule.

For the first decade of the 21th century, IT outsourcing had been popular so much, that it would doomed to face disenchantment, according to the mechanisms of media sensation. In 2012, the death of IT outsourcing was declared in some articles.

In fact, sales volume decreased in some local markets of IT outsourcing, Especially, in USA.Some analysts predicted, that the decrease will continue till 2016.However, at the beginning of 2013, another trend was fixed. The largest-ever research survey (1355 stakeholders across enterprise buyers, service providers and consultant/influencer organizations were interviewed), focused on IT and business function outsourcing, was conducted by State of Outsourcing 2013 Study with the support of KPMG.

It was revealed, for example, that 31% of the interviewed were planning to start or to enlarge Human Resources Outsourcing. As for the outsourcing Application development &amp; Maintenance, – 48%; moreover, 31% were going to keep the level of 2012, for that service.

The most widespread Operational drivers (motives, reasons), regarding the decisions for IT outsourcing cordering, were Reduce Operating Cost (43% – mission critical, 44% – mission important, but not critical) and Greater flexibility to scale operations (37% and 45%, respectively).

The popularity of IT outsourcing is variable, depending on the region of the planet.

Germany, the country which took the 4th place in Global Competitiveness Index 2013-2014, having overtaken the United States, knows a good judge in the using of IT outsourcing.

According to Ardour Sourcing Pulse Check 2013 (there were interviewed more than 100 companies in different industries about their sourcing activities in the last 12 months), more than 60 percent of the organizations were planning to increase their outsourcing volume, for 2014 in Germany. The largest growth was expected in cloud technologies, with 36% of companies planning to increase their volume or to outsource for the first time.

As for the global trends, in 2008-2012, according to the International Trade Centre, the export of computer and information services increased by 30%, in average over the world, while it increased by 300% in Ukraine. In 2013, the World Bank forecasted, that Ukraine can take 6th place in the world rating of the volume of IT exporting.

Well, and what about politics? There good news for the consumers.

There were more than 24,000 specialists certificated in IT, by Brainbanch. According to this data, Ukraine was the 4th, after the USA, Russia and India. Moreover, Ukrainian universities produce 16,000 IT specialists every year. Potential human resources of Ukrainian economy, in IT technologies, is growing by 20% annually. This trend may cause small and gradual decreasing of the salaries, thus resulting the decreasing of the export prices, thus strengthening the attractiveness of Ukrainian IT providers. However, this is imperceptible, if to compare with the impact of political crisis, which has appeared in the first half of current year, in Ukraine.

First, the success of Ukrainian IT outsourcing providers was done not due, but despite the policy of former Ukrainian rulers. After well-known political changes, in April, 2014, the minister of new Ukrainian government, famous business guru, presented his program of large preferences for Ukrainian IT business, to be implemented in 2014.

Second, the devaluation of Ukrainian currency by 50%, as well as the increase of unemployment in Ukraine, are forming excellent competitive position for Ukrainian IT outsourcing exporters. Now, the value for money is going to be even better, than in previous years.

So, global market of IT decisions outsourcing seems to be at the process of large changes, regarding to the triumphal arrival of unassuming Ukrainian providers. Being one of them Optimum-web can be considered as a great example of the company that has gained huge success at the Ukrainian software outsourcing market. We always tend to apply professional approach to working with all clients, we use modern and highly efficient development methodologies and we hire only true professionals that are capable to deliver out-of-the-box custom solutions with all advantages of outsourcing.