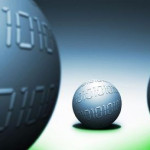 Director of the Association of Technoparks of Russia, Andrei Shpilenko, said that the Nizhny Novgorod region took the lead in the development of innovative infrastructure in Russia.

According to Shpilenko, the issue about the use of the opportunities of technoparks, taking account of the interests of the military and industrial complex, would be considered in the Nizhny Novgorod region. “This decision was made by the Government of the Russian Federation,” said the head of the association.

Technopark “IT-Ankudinovka” does not yield to technopark “Sarov” in terms of its development , says Shpilenko.

“Sberbank of Russia has chosen the platform to organize the unique client operations support center. Sberbank has chosen the Nizhny Novgorod region among all regions of the Volga Federal District of Russia not only because of the geographical location of the region, but also because of qualified personnel,” he said.

According to the press service of the Nizhny Novgorod region, the system of tax breaks, subsidies, grants and concessional loans, developed under the instructions from the Governor, has enabled the region to become first in innovation activities in the Volga Federal District and fourth in Russia, Birzha publication reports.