Outsourced IT ‘to rise in popularity in utilities sector’ 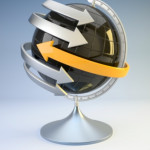 Outsourced IT will provide welcome relief within the utilities sector, it has been predicted, as the industry continues to battle against a lack of cash.

According to Ovum, a growing number of firms will turn to the option in order to complete computer-based tasks over the next 12 months.

The potential financial savings associated with outsourced IT will force all firms to consider it as an option, the organisation noted.

“We have already seen a weakening of this conservatism, with a small but significant number of IT outsourcing contracts awarded in recent months. We believe this number will steadily increase,” stated Ovum’s principal analyst Stuart Ravens.

Mr Ravens is the co-author of a new report that found there is unprecedented demand for savings within the market, which makes outsourcing all the more attractive.

The British government recently expressed a desire to outsource IT work and revealed that closer scrutiny of this area between May last year and March 2011 helped it to save Ј200 million.