Traditional Outsourcing Boosts Overall Spending in First Half of 2017 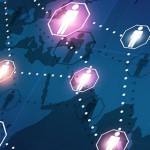 Organisations in Europe, the Middle East and Africa (Emea) spent €6.3bn on IT outsourcing during the first six months of 2017 as high value traditional deals increased, according to research.

Traditional outsourcing deals – where a supplier takes on responsibility for an IT service and brings its own people in to run it, or develops and supports software – account for a high proportion of total spend, meaning any increase boosts the market.

According to ISG’s research of contracts worth more than €4m, the second quarter of this year saw the second-most traditional outsourcing deals signed in a single three month period, reaching 188, with the value of these contracts increasing 5% to €2bn.

The financial services sector in Emea, the region’s biggest spender on IT services, increased its spending by 31% in the six months to the end of June. The energy sector increased spending by 44% during the period compared with 2016, but the manufacturing sector reduced its overall spending by 26%.

Barry Matthews, partner at ISG, said traditional sourcing continues to account for the lion’s share of contracting in Emea. “But the as-a-service segment is growing, albeit at a less aggressive rate than we have seen in the Americas and Asia-Pacific regions,” he said, adding that ISG expects strong growth through the rest of 2017.

“Traditional sourcing spend [is expected to grow] a mid-single-digit percentage for the year, while as-a-service spending is expected to remain fairly flat,” he said.