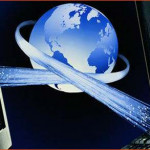 Outsourcing is set to continue its decade-long decline in deal size, according to an analysis of last year’s activity despite the numbers of mega deals and mid-range contracts remaining relatively stable since 2002

Those valued at $100 million (£63 million) or less have more than tripled, according quarterly data from outsourcing consultancy Information Services Group (formerly TPI).

The shift toward smaller IT services deals has been happening for the past several years, with sub-$100 million deals holding steady at around 70 percent of contracting activity since 2009, according to ISG. While IT contracting activity in 2011 increased by 8 percent over last year and is up 86 percent since 2005, total contract values declined slightly year-over-year in the fourth quarter, and the full-year total of $66 billion represented a 6 percent decline over 2010.

In the less mature business process outsourcing space, the preference for smaller deals has been more pronounced. “Organisations have been more cautious to adopt emerging BPO strategies as they wait to see if provider capability and quality is really there as promised,” says John Keppel, partner and president of research and managed services for ISG.

It’s not just new or smaller outsourcing customers inking deals of a lesser size. While the percentage of Global 2000 clients signing IT contracts is down from 69 percent (by contract volume) in 2004 to 44 percent today, an increasing number of big, experienced outsourcing buyers are signing smaller contracts.

“Especially in the Americas, we see many companies awarding ITO deals on their second and third generations, and they have become much more sophisticated,” Keppel says. “A decade ago, a client may have awarded an ITO contract to one service provider with instructions to ‘take care of everything’. These days, clients are separating out asset purchases from services and splitting the service stream by scope to many different service providers.”

The data underscores the widespread adoption of the multisourcing approach as the outsourcing market has matured and IT service providers specialising in specific industry or technology capabilities have emerged, Keppel adds. Such a best-of-breed approach can afford several advantages, including allowing IT organisations to establish competitive internal markets for new work, enabling the gradual introduction of new providers, and eliminating the reliance on a sole vendor.

“Competitive dynamics keep providers earning the right to do business & a vendor can be tried out on smaller less critical functions before being handed a bigger slice of business and businesses can spread risk by utilising a basket of expert suppliers,” says Keppel.

Both IT consultancies and, interestingly enough, IT outsourcers themselves may offer service integration. But mature outsourcing customers can also develop internal capabilities for managing multiple IT service providers. The key elements of multisourcing governance include clear delineation of roles and responsibilities, enterprise-to-enterprise processes, common metrics and reporting, shared management tools, risk management planning and collaboration incentives.

Whether such discipline is provided in-house or by a third party, it’s a necessity, says Keppel, as all signs point to multisourcing as the dominant ITO and BPO model for the foreseeable future. “The development of centres of excellence for sourcing and service management, as well as the outsourcing of some of the core elements of provider control, are now key components of best-of-breed approaches to enterprise-wide sourcing,” Keppel says.