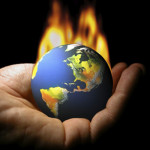 Russia has not been an outsourcing destination for as long as India and so is not yet as developed but the country will soon be able to exploit a large pool of high-tech and engineering talent.

While the distinct Russia business culture is not the same as that of Western Europe, the two do seem compatible and many Western European companies currently outsource their software development to Russia. Despite its distinct culture a large part of Russia also shares a European heritage with its neighbours.
Like other Central and Eastern European countries Russia has made a name for itself in technical expertise. A much higher percentage of graduates have technology, maths or engineering degrees than in Western European countries and Russian programmers have won several top coder awards. An IDC survey conducted in 2008 showed that skill was one of key reasons that companies had chosen to outsource development to Russia. And increasingly Russians are speaking English: whereas until recently companies did find there was a language barrier when outsourcing to Russia, this is now starting to change.

The same IDC survey also showed price as the number one factor in decisions to outsource to Russia. Despite wage inflation, Russia remains competitive and offers similar prices to India and other Eastern European destinations. Many smaller outsourcers have emerged in the past two years and they are generally more cost effective than the larger Russian outsourcers.

Depending on where in Russia the outsourcer you choose is based, you could benefit from a very small time difference. Moscow and St. Petersburg the two main development centres are just a couple of hours ahead of the UK. Other Russian destinations, like Vladivostock might be a little cheaper but the time difference is much greater and therefore management is harder.

Employee churn among outsourcing development companies is relatively low in Russia. It is currently on a par with Poland and the Ukraine, however analysts say that the wage inflation Russia is currently experiencing could easily force employee turnover rates up in the next couple of years.

One of the biggest concerns that executives outsourcing to Russia have is the protection of their intellectual property. The Russian anti-piracy campaign has made significant progress in the past few years and this in turn has positively influenced the Russian software market. Russia is now no longer on the list of the twenty countries with the highest piracy levels but does remain on the International Intellectual Property Alliance priority watch list.