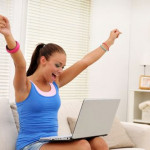 Of course it’s American but there are clues as to who’s going to be leading worldwide, too.

CRN has published an excellent slide-based listing of the companies named, but for what it’s worth and if you don’t like clicking links, here are some highlights: IT giant Computer Sciences Corporation (CSC) takes in $450m per year from outsourcing and takes poll position.

IBM Is inevitably a player as well, with Unisys a close third, growing its end user business an impressive 14% in 2013.

CompuCom won a great deal of business during 2014 and of course HP is among the companies listed, offering products including analytics and virtualisation although a major growth plan has yet to bear fruit (there are circumstances related to CEO and board changes a few years back).

Dell, which your correspondent remembers launching from a platform of off-the-page PC sales for people who didn’t want to pay IBM prices, also rates a mention, as does HCL. We’re still on the top rung – we’d recommend clicking the link above for further information on the leading companies in American end user outsourcing.