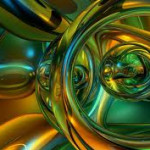 It is always said that IT outsourcing does well in both depressed as well as-vibrant economic conditions. Outsourcing service providers have been as bullish as ever despite customers cutting IT budgets.

This is because outsourcing is a way of cutting fixed costs and freeing up money to invest more strategically, or perhaps just keep the savings for a rainy day. Or pay it as a bonus to a senior executive if you are a bank, probably the one that decided to outsource.

The reason I am compelled to write about this post is the latest TPI index, which monitors BPO/IT outsourcing contracts worth over €20m. The research found 2011 to have the highest total value of contracts ever in Europe – or the Europe Middle East and Africa as the region is uncomfortable known. This was €44bn.

This was heavily influence by mega-deals, which accounted for 60% of the total value. These mega-deals are those worth over €800m. But there were also 15% more contracts in total in the final quarter of 2011 compared to the same period a year ago. So outsourcing is on the up whereas economic confidence is heading in the opposite direction.

The graph below shows the total value of IT/BPO contracts in Europe (EMEA) over the last 10 years. 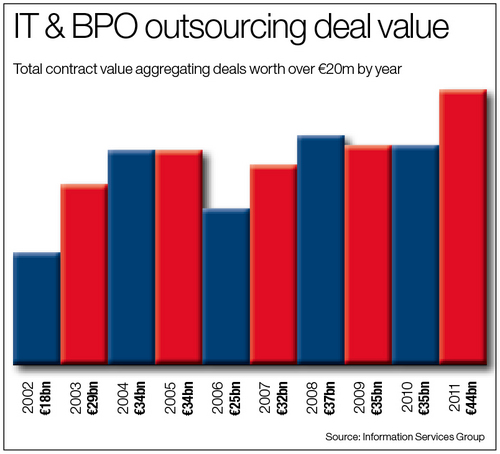