The top 10 IT outsourcing service providers of the year 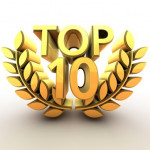 In addition, Accenture is highlighted as ‘leader of the year’ for continuing to transform itself and HCL as ‘star performer’ of the year for its embrace of innovative service models.

Outsourcing consultancy and research firm Everest Group recently unveiled its ranking of top 20 IT service providers, but it wasn’t legacy powerhouses like IBM or HP that topped the list.

Everest Group has been ranking service providers individually based on their performance in 26 different categories, including key business lines, geographies, and technologies and categorizing them leaders, star performers, major contenders, or aspirants in each area.

But this was the first year the company consolidated that information to come up with overall rankings for the global outsourcing industry.

“We were surprised [that Cognizant came in first]. We’d typically see Accenture as a leader in many of the matrices we had, and our assumption would have been that Accenture would be No. 1 and IBM would be No. 2,”

“But as we began to consolidate and analyze the data, it was clear that Cognizant had upped their game by way of year-on-year growth. That’s what landed them on top. Cognizant had a star performer rating in five areas.”

Rounding out the rest of the top five were India’s TCS and Wipro.

Top 10 IT Service Providers of the Year

How the IT service providers were chosen and ranked

This year, it recalibrated its methodology to place more emphasis on innovation, intellectual property and emerging technology capabilities.

“Historically when evaluating development capabilities, we placed a lot of emphasis on scale—number of employees, scope of coverage, geographic footprint. But we’ve seen all of that become commoditized in recent years,”

“The differentiation enterprises are looking for today is on the innovation side. So we look at what they’re investing in, how they’re devising their sourcing strategies, whether they experimenting with new service models or engagements with their customers.”

While Accenture came in No. 2 overall, it was highlighted as leader of the year.

“Accenture has been a firm which has continually transformed itself,”

Historically much of Accenture’s outsourcing opportunities flowed down from its management consulting engagements.

“They were able to connect with key stakeholder and got invited to the table for transformational deal for more than a decade,”

But the firm is also expanding beyond its consulting legacy into product solutions and an integrated infrastructure model that will give them at shot at deals that were typically purview of business process providers, Singh says.

IBM, No. 3 overall, has also rolled with the industry punches.

“They went from total outsourcing in the 80s to platform solutions in the 90s to offshoring and beyond,”

“Where we’ve seen EDS and Perot Systems fall by the wayside and get acquired, IBM has remained relevant. Whether its cloud or digital transformation, no one has mad the kinds of investments IBM has. They are defining the paradigms of what’s getting discussed next.”

They are, however, being challenged by increasingly powerful upstarts like Amazon and Rackspace, notes Singh, “but when it comes to new technology, IBM is always there.”

TCS and Wipro performed particularly well in banking and financial services, which account for more than half of their revenues. But Cognizant had the upper hand on them due to its increased coverage in the increasingly important areas of healthcare and life sciences.

HCL was honored as “star performer” of the year.

“HCL has transformed itself, particularly on the infrastructure services side, and is getting invited to deals where in the past only IBM or HP might,”

The Indian company is known to have one of the most aggressive sales forces in the industry as well.

“They’re willing to take on assets even though they’re really a remote infrastructure provider. They’ll take a chance on new outcome based deals,”

As a result, they’ve built a solid pipeline of long-term deals. But time will tell how those agreements perform.

“Winning the deals is one thing,”

“What we don’t know yet is the quality of the deals they’ve signed on for. It’s not clear yet whether they’re compromising or they are truly bringing something new to the table.”

HP Enterprise and IBM jointly came out on top in the cloud and infrastructure space.

“That was very much in line with what we expected,”

“The primary reason is innovation and pedigree. They’ve been incrementally investing to be better in that space than anyone.”