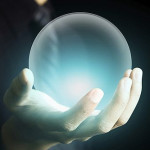 IT outsourcing experts tell CIO.com what to expect in the year ahead. If they’re correct, 2015 could bring better business outcomes, billions in renegotiation, the end of the RFP, and — wait for it — cloud robots.

This year brought the IT outsourcing industry an increase in hybrid offshoring, a greater focus on in-house service integration, a new lower-cost consulting model, smaller deals, and bigger governance requirements.

CIO.com again asked outsourcing observers to peer into their crystal balls. And if they’re right, 2015 could be the year IT outsourcing gets business-focused, customers embrace standardization, sourcing decisions become fact-based, and the age-old RFP process gets some real competition.

1. Outcomes Become the Name of the Game

“These solutions will incorporate increased use of cloud-based technologies to allow providers to compete and differentiate based on their unique offerings and will allow buyers to partner with outsourced providers to transform the way they engage with their customers,”

“outcome-based pricing is evolving as a true answer to solving some challenges of upfront one time investment costs when it comes to contracting with a third party.”

2. Dawn of the Cloud Robots

“Smart robots will increasingly operate in the cloud, and we’ll see a ‘labor-as-a-service’ approach emerge as clients and providers find that intelligent tools and virtual agents can be easily and flexibly hosted on cloud platforms,”

“This will build even more momentum and interest in autonomics.”

Cloud, utility computing, and virtualization will converge in 2015, and everything will start to look the same in 2015, says Joshua B. Konvisser, partner with law firm Pillsbury Winthrop Shaw Pittman.

“Thus, even in bespoke outsourcing arrangements, there may well be more similarity than difference, both within a single company’s formerly complicated IT environment, and across companies — both client and provider.

The cloud, utility computing, and virtualization are converging to create this new operating model that will become the new paradigm for IT outsourcing.”

Next year, more than $100 billion dollars (yes, billion) worth of outsourcing contracts will be renegotiated, says ISG partner Stanton Jones.

And many of those customers will forego the traditional tower-based outsourcing approach for a multisourcing cloud-based model.

“Workload [will be] run from the most appropriate cloud, rather than centralized on dedicated infrastructure,”

“This will also drive awareness and uptake of cloud brokerage software, as buyers look to use analytics and automation to streamline and provide visibility into the cloud sourcing supply chain.”

This may be the year companies get serious about managing their IT supplier risk.

“As end customers become more aware of a company’s supply chain, the brand risk that comes with a supplier failure go up dramatically,”

“In 2015, companies will begin to really integrate supplier risk into their daily operations, moving from quarterly meeting risk discussions to making key business decisions based on different risk events on a real-time basis.”

Political and economic turmoil in countries such as Ukraine and Russia will cause outsourcing customer to care in a more tangible way about the locations of their services providers, says Atul Vashistha, Neo Groups’s CEO.

“However, even though these formally would be considered geopolitical risks, because they primarily affect service providers, the location monitoring will fall to sourcing and shared services teams,”

“This is the right approach as we see increased disruptions due to location issues such as shrinking labor pools, changes in laws, weather issues and economic malaise.”

There’s little doubt that smaller deals among multiple providers is the established model for IT sourcing. But in 2015, outsourcers per customers will multiply even further.

“The number of service providers each company uses will grow dramatically, driven by growing popularity of cloud in general and Software-as-a-Service [SaaS] in particular,”

“Managing service providers, due to increasing application focus and the commoditization of infrastructure, will take on characteristics that we see in software portfolio management today — elimination of duplicated and unused services, allowing for growth, negotiating and negotiating again,”

“Integration will be absolutely critical and is likely to be the key differentiator between one organization’s IT effectiveness and another’s.”

7. The Business Takes Over

More technology services will be purchased by business leaders rather than IT in 2015.

“As consumer products like cars and washing machines and thermostats continue to embed technology, more and more product engineering teams will treat IT and IT services as core purchases and will take over those contracts directly,”

“This will split current shared services organizations that don’t understand the trend.”

In the short term, it will also shift power to suppliers who have new buyers to target — minus the burdensome bidding and RFP processes of the past.

“IT will struggle to migrate itself successfully to a service brokerage model, pulling disparate services back in from business units that have put their own applications in the cloud rather than wait for IT to provision infrastructure,”

“IT’s case will be compelling where they can deliver savings through rationalization, integration and superior service measurement and selection.”

Speaking of traditional IT procurement processes, the tried-and-true RFP process will begin to lose its luster. In today’s dynamic era of technology change, the traditional RFP simply takes too long and costs too much. By the time the proposals come in, the business requirements have often changed.

Look for new purchasing processes, such as enterprise marketplaces, to take the place of RFPs.

“Imagine floating a ‘request for food’ every time you’re deciding on a restaurant,”

“Emerging technologies are not a good fit for the RFP model. There are new technologies coming up every day that enterprises may not understand. Think Google Glass. Think wearables.

Big companies need to collaboratively work with service providers to really figure out how this can be used in their enterprise.”

9. The Cloud Comes Down to Earth

Okay, we predicted last year that the cloud would get grounded. In 2015, it will.

“Enterprises will take a pragmatic approach to cloud-provided infrastructure and solutions, gaining confidence and building internal expertise along the way,”

“The first path, which will progress faster, is for new applications that can be designed from the beginning to optimize cloud infrastructure.

Early adopters may set official policies whereby they need an exception from the governance process to not develop new apps optimized for the private or public cloud,”

“The second path addresses porting existing apps over to cloud infrastructure. For large, complex Fortune 2000 IT environments with a very heterogeneous application footprint, this requires app-by-app analysis and testing to ensure that it will perform and maintain SLAs, and that it won’t inefficiently use the cloud infrastructure and run up variable costs that will sink the business case.”

“Amazon Web Services and Softlayer are both well positioned to see significant growth at the enterprise layer,” says Hall of ISG. Companies will have to get past their security and business continuity concerns.

And they may abandon the term “cloud” altogether. Companies will recognize “that the term no longer means anything at all,”

“Providers and pundits will need to specify [Infrastructure-as-a-Service] IaaS, [Platform-as-a-Service] PaaS or SaaS at a minimum, with qualifiers like dedicated, shared, public, private, on-premises, off-premises to participate in any useful discussion of infrastructure services.”

“Data and analytics will play a central role in sourcing advisory,”

“As the complexity of sourcing rises and clients become increasingly sophisticated, the need to find the next set of opportunities and optimization will benefit greatly from analytics and not just expert advice.”

“Enterprises will rely on better data and cost transparency to understand optimization opportunities and require better integration of their management processes to integrate multiple cloud providers and service providers,”