2013 IT Outsourcing Year in Review: Grading Our Predictions 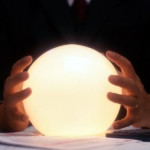 Last year, we predicted that 2013 would be the year that outsourcing governance finally grew up. We said outsourcing customers would take the reins with do-it-yourself deals. And we forecasted that local support would be a critical differentiator for service providers. Now it’s time to see how those predictions panned out.

CIO — Around this time last year, CIO.com and its outsourcing experts made some plucky predictions for IT services in 2013 We said this would be the year that outsourcing governance finally grew up. (Hardly.) We said outsourcing customers would take matters into their own hands with more do-it-yourself deals. (They did.) And we predicted that customers would value domestic presence as a key differentiator among service providers. (It was just one of many factors.)

We revisited all of our prognostications from last year and found that three of them were right on target, four of them were off base and the other two were just beginning to take shape at year’s end. As we pull together our 2014 forecast, here’s how those 2013 predictions turned out:

As mature outsourcing customers gained more confidence, we predicted, more IT organizations would go it alone and perform major outsourcing transactions free from the assistance of expensive external expertise. Indeed they did. While the big consultancies continued to do a steady business, a number of their previous clients inked new deals without much hand holding.

“More buyers can do the basics of the business case, transaction, transition and governance design and operations,” says Stan Lepeak, director of global research at KPMG. “They may need advice and counsel on larger complex and global deals or integration of shared services and outsourcing, but should be able to handle basics and basics-plus on their own.”

The Service Integrator Model Is Tested

That new model for multi-sourcing management — services integration — did begin to cautiously expand. And both customers and providers began accumulating lessons learned. So we’ll give ourselves a point for this one. Other than cloud computing, service integration might have been the most talked about subject in outsourcing circles in 2013,” says Shawn Helms, partner in the commercial transactions and outsourcing practice of K&L Gates.

The emerging model did certainly get tested. We just don’t know what the results are yet. “The service integrator model, in its various instantiations, is a good model for IT organizations going forward relative to managing a diversified service delivery channel and portfolio,” says KPMG’s Lepeak. “But like any model, it is evolving.”

OK, this one was a bit of a gimme. Transition issues are a perpetual problem in outsourcing and they were destined to increase along with the complexity, scale, and scope of outsourcing efforts.

“Most customers fail to spend enough time upfront working through the critical transition and transformation details,” says Steve Martin, partner with outsourcing consultancy Pace Harmon. “Oftentimes, deals are negotiated under duress and too many companies assume the provider will bring their implementation ‘A’ team to save the day.”

We said service providers that filled their account teams with contract negotiators and SLA crunchers would be shown the door. We said business leaders would usher in an era of value-driven relationships management. We were wrong.

“Outsourcing governance is a perpetual problem in part because as buyer efforts become more complex, global and multi-functional, and as buyers increasingly attempt to integrate the management of both shared services and outsourcing efforts, they raise the bar on complexity,” says KPMG’s Lepeak.

This year, buyers faced a host of governance-related challenges including access to skilled resources, defining roles and responsibilities, and lack of appropriate tools and automation.

“Our latest research shows that more than half of today’s ‘governance’ executives are still narrowly focused on beating up vendors over price and executing contracts, not driving collaborative relationships,” says Phil Fersht, CEO of outsourcing analyst firm HfS Research. For most providers, the bottom line trumps relationship building.

“With increased pressure on margins, [providers] will continue to take action in areas where they can grow business and reduce their delivery costs rather than invest in governance,” says Martin of Pace Harmon. “To be fair, customers remain complicit in not effectuating change here.”

It was true that many of the latest generation of outsourcing deals were more complex. But the advantage did not go to the incumbents. Quite the opposite came to pass.

“Incumbents are always ‘sticky’ because of high — or perceived high — barriers to exit,” says Mario Dottori, partner in the global sourcing practice at law firm Pillsbury. “However, we have seen more movement away from incumbents where there are lower barriers to exist. Customers are balancing the switching costs and risks with significant improved service delivery and meaningful reduction in spend.”

Buyers were more likely to show their existing vendors the door and start over with someone new, according to outsourcing consultancy Information Services Group (ISG), and 2014 should be a record year for customers changing providers.

“We are seeing some of the aggressive offshore centric providers, such as HCL, Cognizant and TCS, continue to steal away business from the incumbent legacy western providers,” says Fersht. “IT services is only growing at barely 4 percent globally, so when we look at the double-digit growth of the Indian majors, it’s more because they are winning business from the Western incumbents.”

“We’ve seen the reverse of this prediction with our customers, who are very clear about what they expect from an outsourcing partner,” says Vijay B. Iyer, senior vice president with HCL Americas. “In fact, jaded by past negative experiences, customers often come to us with low expectations.”

Chindia — or Chimerica — Becomes a Reality

Industry observers have long predicted the ascendency of China in the global IT services market, but this may be the year that prophecy retired. While China still shows signs of wanting to compete with India on the IT outsourcing stage, it continued to struggle in 2013 due to a sluggish IT and business process services industry, a lack of IT talent and a bad reputation for intellectual property protection and security.

Hot on the heels of GM’s announcement that it would bring 10,000 jobs back in-house, we posited, more outsourcing customers would follow suit. They didn’t.

“Actions like GM are anomalies,” says Atul Vashistha, CEO of offshoring consultancy NeoGroup. While there were certainly instances of backsourcing, we wouldn’t say it blossomed. There remains a solid business case for IT outsourcing in many areas.

“For years people have been predicting the death of outsourcing and the rise of insourcing,” says Helms of K&L Gates. “But like the sign hanging in some bars that reads ‘free beer tomorrow’, it never happens.” There was, however, some rebalancing of sourcing options, which will continue.

“As the emerging trend of using autonomics to eliminate labor continues and the advantage of offshore labor arbitrage erodes, more and more companies will seek to backsource certain IT functions and only rely on third parties when there is a distinct value being added,” says Chip Wagner, CEO at outsourcing consultancy Alsbridge.

Domestic sourcing wasn’t the leading trend in outsourcing, but it was a trend. “Domestic outsourcing capabilities are more important and relevant but still a very small piece of the overall outsourcing pie, albeit for often more strategic or customer facing work,” Lepeak says. But it’s an area that’s likely to see more activity over the next year.

“Visa issues have forced the offshore-centric providers to develop increased domestic presence and capability, and the increased complexity of many deals requires more domestic resources, especially in high-growth demand areas like healthcare and banking,” says Fersht of HfS Research.

Some customers may have pushed for flexible pricing terms from their service providers, but it didn’t rise to the level of a full-blown trend.

“Everyone is talking about new forms of pricing, and incorporating elements of gain-share and volume-based pricing models, but the underlying FTE-pricing model remains dominant in the industry,” says Fersht.