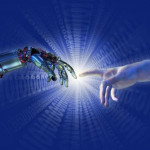 Panasonic opened its R&D Center at Skolkovo during Startup Village on Tuesday, opening a new chapter in electronics research cooperation between Russia and Japan.

Panasonic signed up as a Skolkovo partner in December, obliging the Japanese multinational to conduct research at the Skolkovo Technopark, and the company chose the first day of Startup Village to fling the doors open to its new facility.

“Panasonic’s participation in the biggest event in the Russian startup market certainly represents a significant investment in achieving the global aims of the company,” “We are excited about the opportunity to apply the advanced solutions made by our engineers, such as robotic Blu-Ray library echo-visualization, in the development of the first innovation center in Russia.”

Suzuki added that Panasonic is displaying at Startup Village

“solutions that aren’t even on the market outside Japan yet.”

More broadly, he said he hoped that Panasonic’s energy-efficient technology for smart cities will be used in the Skolkovo Innovation Center infrastructure.

The agreement, signed in the presence of Russian Prime Minister Dmitry Medvedev, commits Panasonic to deploying at least 30 workers from its Russian representative office at the R&D center by 2017, an operation that will cost the company around 160 million rubles.

It was the first Japanese company to sign up as a Skolkovo partner.

“This is a very important event for us,”

“It proves that Skolkovo, which was designed as international project from the start, is advancing as it should.”

The signing ceremony was held at the Skolkovo Hypercube on the sidelines of a meeting of the Russian government’s modernization commission, chaired by Medvedev.

In September, Skolkovo resident EnSol announced it had entered a cooperation agreement with Panasonic to produce a new type of energy-saving battery for forklift trucks.

EnSol manufactures lithium-ion batteries like those present in smartphones, a technology that, when adapted for warehouse vehicles, would allow the trucks to power up in 90 minutes rather than overnight.

Partner status allows firms to open up research facilities at Skolkovo and grants access to the Skolkovo ecosystem, giving the company first refusal on innovations produced by Skolkovo’s 1,000-plus resident startups and also better access to the Russian market.