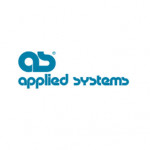 The paper featuring Octopus™, a system for automated testing control, has been recognized as the best paper at the Third International Conference on Advances in System Testing and Validation Lifecycle VALID 2011.

‘Dealing with Challenges of Automating Test Execution’ by Vitalina Turlo and Valery Safronau from Applied Systems Ltd. was selected as the top paper at the VALID 2011 conference in Barcelona, Spain. Proposing a solution for automated testing control, the authors rely on more than five years of hands-on experience in the automated testing of complex software, as well as the results of surveys of more than 300 software professionals worldwide. Other winning papers included submissions from University of Bordeaux (France), University of Göttingen (Germany), and Intel Corporation/Dell Inc. (USA).

Octopus functions as a “black box” where input is a new build, and output is a test report. Every time a build is produced, the control system automatically performs all boring and routine operations associated with test execution: operates virtual machines, prepares the environment, starts tests created using different tools in one batch, reports defects to a bug-tracking system and generates a uniform report. The system can be easily configured and customized with the help of a simple user interface.

“Quite often software testers have to perform several routine operations manually while doing “automated” testing, which significantly reduces the overall efficiency. We’ve calculated that in our case – we have minimum three builds a day queued for regression tests – these manual activities eat up more than 25 % of the tester’s work time. Moreover, there’s a risk of human error: for example, they may misplace a file while preparing the environment, or forget to run the whole test suite. The accumulated experience allowed us to develop a control system which brings automated testing to a new level by automating all steps of test execution. We are very happy that our achievement has received the recognition of the international community at the conference in Spain,” says Sergei Usovich, CEO of Applied Systems Ltd.

Octopus is a solution for automated testing control. It is designed to automate routine operations associated with test execution, such as environment setup, test launch, bug submission, and report generation.

Octopus significantly increases the efficiency of automated software testing and enables the regression testing of every produced build. Freed from monotonous manual operations, testers can focus on more value-adding tasks, such as creating new test cases and maintaining test scripts. Find out more at www.octopus-testing.com.

Founded in 1997, Applied Systems Ltd. serves its international clients as a provider of custom automation solutions for the industry. Our custom development and outsourcing services include requirements drafting, design, development, testing, implementation and follow-up maintenance.

Applied Systems Ltd. is an ISO 9001:2008 certified company and a Microsoft partner with the Software Development competency. Visit us at www.appsys.net.