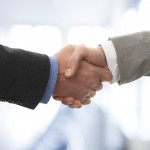 “CEE QA Outsourcing Review 2015-16” is the project of Central and Eastern European Outsourcing Association (СЕЕОА).  This research reveals the latest trends in Software Quality Assurance and Testing, explores the current state of software quality and testing practices across the countries in CEE region.

”Today’s fast paced transformational projects require more direct and immediate connection. Outsourcing now is used for innovation, or in other words, to gain additional revenue. If used strategically, outsourcing can become a leverage that can help use new resources for new projects and help drive growth. Companies that could previously not take advantage of the talent and cost benefits outsourcing offers are now able to do. It is expected that top six EU markets alone will need 250 000 extra employees with IT skills, and this doesn’t cover the rapidly and instantly expanding US job market. The shift away from the belief that “cheaper is better” is already taking root in the United States and other developed economies for which quality is again the crucial differentiator. Some 73% of mid-size companies report plans to start or expand existing outsourcing business over the next 18 – 36 months. Small businesses and startups will witness a higher adoption of outsourcing in order to reduce the operational inefficiencies and increase their time to market.

Therefore Eastern Europe is gathering pace within higher cost but with high-talent labor.

Why a preferred destination?

All the QA providers from the CEE region are welcome to participate in the research “CEE QA Outsourcing Review 2015-16”.

South East European Testing Board takes care of the accreditation of ISTQB training providers in the region. SEETB, together with Quality House and ANIS are the organizers of the Fifth South East European Software Testing Conference – SEETEST 2016, which will take place in Bucharest, Romania on September 15-16.