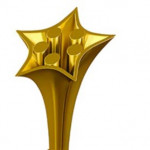 On December 5, in Minsk, the winners of the prestigious international contest “HR Brand Award” were announced, which marked the best projects in the field of personnel management and the company’s reputation as an employer.

Company’s project “From the growth of the engineering team to the development of the electronics industry” was evaluated by members of an independent jury from Russia, Belarus and Poland (experts and practitioners in the field of HR, who lead large international companies, HR departments and projects in the field of personnel recruitment).

Together with Promwad, more than 20 companies participated in the “Capital” nomination, and the 10 strongest reached the final: Gazpromneft, Keramin, Belinvestbank, SoftTeco, ADANI and other well-known brands.

However, it was Promwad HR project that won first place by unanimous decision of the jury.

At the HR Brand Award case conference, the company shared its experience and talked about Promwad’s internal HR projects, thanks to which Promwad expanded our engineering team by almost 50%, while maintaining manageability and highly skilled developers.

The company demonstrated a whole range of HR-tools: an effective training and adaptation system, a unique internship project for students and mature specialists, emotional recruitment through the use of the Oculus Go virtual reality glasses and the Promwad Travel project, which Promwad is developing with the support of the Adventure Racing Federation.

Promwad HR Director Irina Avdeychik explained that its experience can be replicated and applied to any other company that operates in a competitive market, regardless of its field of activity.

Therefore, the company openly share its experience, and will be happy if other players in the electronics industry follow its example.