Promwad to Unveil Its Developments at Electronica 2012 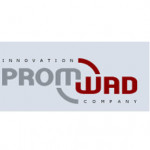 On November 13 -16, Promwad Innovation Company takes part in the largest international exhibition of components and assembly, Electronica 2012, in Munich, Germany. The company presents its latest developments made for the Russian electronics market.

Promwad’s projects are made on a turn-key basis, which involves the full development cycle, from product concept to prototyping. The visitors of Promwad’s stand will have a chance to see the following devices: the DO-RA portable dosimeter, the AK-Systems  IP Plug mini server, the AK-Systems AKT-1100 thin client, and the SML-282 Base IPTV STB.

DO-RA is a unique miniature device for measuring radiation, which is built into a smartphone circuit as an audio jack and USB port cap. Promwad’s industrial designers and engineers have developed the DO-RA enclosure design for the iPhone 4 and 4s under the order of Intersoft Eurasia. It should be noted that the Guinness Book of Records Committee is now considering the application for recognizing DO-RA the world’s smallest multi-purpose dosimeter.

The AK-Systems IP-Plug mini-server is the first commercial plug computer for IP-based networks in the Russian market, which can replace more expensive and bulky devices. He is operated by the Marvell Kirkwood processor (1 GHz) and OS Linux Debian. The device is powered by a 220 V household network and has low power consumption. Promwad’s experts have developed the product’s hardware and software platform as well as enclosure. The project customer is AK-Systems.

Another development ordered by AK-Systems is the AKT-1100 thin client. This is a computer based on Marvell Sheeva (2 GHz) and OS Debian Linux 6.0, which implements data processing on a remote server. It uses various information protection methods (security agents, Java and Security Token hardware keys) and can be used in banking, retail sales, corporate offices, etc.

The SML-282 Base IPTV STB was developed by Promwad’s engineers under the order of SmartLabs. It implements support for OTT services, PVR media player and MPEG-2/4 for 3D and HD video. Russia’s largest telecom operator, Rostelecom, has selected this device for providing a single IPTV service across Russia.