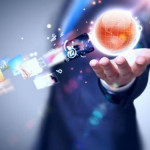 This April Provectus sponsored an event that has become a staple in modern web development world – the Bulgaria Web Summit.

As we came back home from our travels, we sat down to summarize everything we learned from the event. In case you missed it, and cannot wait to visit Bulgaria Web Summit 2016, here’s a quick roundup on everything Web development. Fresh from the stove.

JavaScript frameworks like Ember.js, AngularJS, React are becoming a staple for modern web development alongside with Node.js-based Express.js and total.js. It would be unfair to omit the web components hype: Polymer, Shadow DOM and more – they all are on the rise. Autoprefixer and Compass, Gulp.js, Grunt and Middleman have proven to be the beloved tools of today’s web guys.

HTML5, CSS3, Bootstrap remain essential for adaptive and responsive design, while the knowledge of JS and the use of jQuery and Ajax are essential for pretty much every web software programming project. For more complex projects, the leaders are Phonegap, AngularJS, Meteor and Backbone. In the world of testing, the winners are Jasmin, Karma, and Selenium.

ES6 will not remove the bad parts. It will likely add more bad parts. There will always be a need for good practice. Douglas Crockford

As Mr. Douglas Crockford himself claimed in a tweet – ES6 will not remove the bad parts. It will likely add more bad parts. There will always be a need for good practice. As more and more details of EcmaScript’s new version are coming by, web developers are becoming more divided in their opinions on the new features of the upcoming JavaScript standard with its new variables, updated block scopes, object literals, nested objects, and whatnot. This anticipation and mixed feelings were obvious at the Bulgaria Web Summit. Just a warmup:

And we still love it.

The hottest in PHP, the shift to Rython and Rails

Laravel, Symphony, CodeIgniter were the top-3 most talked about things at the Summit. PHP frameworks are helping web developers fulfill tasks easier and with less hassle. They open new vistas for being more efficient and precise in their web application development and design.

We cannot forget the buzz about many PHP people shifting towards other programming languages like Ruby and Python. Some say that they are overtaking PHP because of better abstractions, productivity, and better coding practices like Test Driven Development. It’s almost easier to deploy Ruby or Python than add mod_php to Apache these days. There is a perception among the web development masses that Ruby and Python programmers are perceived as “better” programmers, and more desirable hires. Even so, there is little if any doubt that an experienced team using Symfony or Cake can be just as productive as a team using Rails or Django.

It’s just there always will be a obscure language X that’s favored by hackers and academics, but has no obvious business. LISP remains such a language for half a century now, alongside with Haskell, OCAML or Scala. Is this even worth the hype?

Planning to visit technology events? Come see us at THE MOBILE SHOW 2015 MIDDLE EAST to have a productive talk on design, software, and making your users happy.