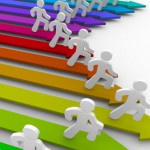 Russia Beyond The Headlines, an international source of political, business and cultural news and analysis, has released a new edition of its “Russian Startup Rating,” featuring some of today’s most promising young companies, in partnership with East-West Digital News.

Covering dozens of companies in a variety of sectors, this research shows that the recent international tensions have not affected the excellent reputation of Russian tech talents on the global high tech scene.

The RBTH’ rating offers several examples of such success stories — from Telegram, which has become a major global IM platform in a mere two years, to Ecwid, a startup from the Urals which became a world leader in social commerce solutions, to Dauria Aerospace, which secured last year a $70 million investment from a Chinese fund.

Another example is Magnetic, an innovative sticky note by Tesla Amazing, which raised almost $250,000 via crowd-funding and secured an exclusive distribution deal from Next, the largest office supply retailer in the U.S.

Earning international recognition, N-Tech.Lab was the leader in the global challenge in face recognition algorithms organized by the University of Washington, beating more than 100 other systems, including one created by Google.

Astro Digital, a platform for accessing satellite data, took second place at Slush, one of the largest events for high-tech companies in Europe. And finally, the Moscow-based 3D Bioprinting Solutions became the first facility in the world to successfully print a fully functional mouse’s thyroid gland.

The startups listed here should be followed closely by anyone who wants to understand or anticipate some key trends and moves in the global tech market.