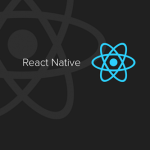 Suppose that most of those who are reading the present article saw a rotary dial telephone only in movies. Young people of the current generation missed this outdated means of communication that had prefigured the evolution of wireless gadgets. The point is that a telephone apparatus was a useful information channel of people almost thirty years ago. It has evolved in a smartphone and became a tool to not only interact but also work, entertain and perform other useful functions accessible due to a certain software stuffing. Actually, multiple mobile apps expand the potential of this small digital device found in hands of the bulk of the global population. On this reason, the industry of building software for gadgets has experienced an unprecedented growth in recent years. Thus, applications are not the only products released to the market because an engineer needs a tool to make apps for tablets and smartphones. These tools include software languages, miscellaneous frameworks and other means required for the community of mobile app developers. This article is dedicated to two representatives of the mentioned tools. The first one bears the name of Swift. This programming language came out in 2014 for the needs of iOS. React Native is the name of the second tool described in the article. It is not a software language but a framework that is not limited to requirements of a particular operating system. Anyhow, let’s review key features of Swift vs React Native.

Usually, a paragraph regarding the end product namely the app example built with a certain tool is given in the end. However, we decided to allure the readers with the actual use of the mentioned language in the spaces of the Apple’s OS. So, if you are a lucky owner of iPhone, you can experience Artsy, Firefox, Yep and even a popular game named “2048” developed using the most sought-after open-source tool according to Github. When comparing React Native vs Swift in terms of final products, the first tool is an absolute winner since the names of its apps include Instagram, Tesla, Skype, Facebook and versatile world-renowned brands. Besides, the mentioned game “2048” developed for iOS was transferred to Android devices using RN. Are you interested why there is such a gap in the names of apps? The answer can be found below.

Both tools represent optimized versions of older tools. The basis for RN is a JavaScript library called React, which was released in 2013. Its version with the word “native” came out two years later and caused a stir in the developer’s society. The main advantage of the said framework is the code reuse. It means that an app for various mobile platforms does not need to be built from scratch. A certain value of code can be reused across each OS. When we talk about Swift, the core of iOS app creation – Objective-C – should be mentioned at first.  It is the base for the mentioned software language. Apple developers decided to improve this reliable but a bit outdated solution. Hence, a faster, easier and more productive tool came out in 2014. When you need to choose React Native or Swift, do not jump to conclusions. Obviously, RN offers a wider range of opportunities. However, both tools have own pros and cons to consider.

The core element of building apps with the mentioned tool is JavaScript. It is used to assemble UI building units that are native to a certain OS. This allows reusing most of the code across platforms. It should be stated that the end product is not a hybrid application. Such type of app utilizes components of HTML and CSS. At the same time, RN apps use native components. According to this fact, developers obtain smoother animations and improved operation. Moreover, user experience gets a native nature. To build an app using RN a developer needs to know the accustomed JavaScript or its special version called JSX. The latter is a combination of JS and HTML type syntax. In addition to the knowledge of the programming language, be prepared to indulge in the world of Application Platform Interfaces (APIs). As a rule, these interfaces are based on a certain OS. Another prerequisite for working with RN is the availability of some web development skills. Though they may not be required at initial stages of the app creation process, the knowledge of CSS, Object Oriented Programming, and possibly some HTML will be of use for final stages of the app building.

– RN uses JS, which is one the most popular software languages. As a result, developers can boast of the faster and more effective work. They can simply refresh the page to restart an updated application for making changes. – Facebook initially developed the framework for iOS. Now, it supports both leading operating systems. – Most cross-platform frameworks use WebView as the major element. RN acts on native APIs to render code components. As a result, the performance is increased due to the direct and independent rendering of the code. – RN offers to utilize a plugin for reusing the code. This great feature eliminates the necessity to rewrite your app made using a certain framework like Apache Cordova or Ionic. The plugin incorporates components into the code of your app. – If you are familiar with React JS, you can take advantage of all its benefits in RN. Hence, it is not necessary to know the language of the native tool. The core element you need is JavaScript. – Mobile UI is the aim of RN upon building an app. On this account, the framework acts as a JS library. According to this fact, developers obtain a high-responsive user interface. – Such characteristics of the native app creation as developer’s low productivity and inefficiency are eliminated if you opt for React Native.

– Unfortunately, RN experiences troubles with updating software developer’s kit of both major mobile OS. A new software needs to be integrated with a code library. On this account, the synchronization of new SDK and RN takes much time. – Although many iOS and Android native modules are available by default, the number of outside components of React Native is limited. This may cause troubles since some community-built modules will not be supported by the framework. Now, let’s move to the second tool observed in the present comparison of React Native vs Swift.

Three years have passed since the introduction of this improved solution of Objective-C. The target of Swift was to replace the main coding language for iOS devices. However, there is no global trend to shifting to the mentioned advanced solution. Comparing Swift vs React Native is not absolutely pointful since both tools belong to different niches of app building. Although they are used for building mobile apps, you cannot build an Android App using Swift (at least for now). However, in some cases when your aim is an iOS app, the said programming language can turn the scale and convince a developer to abandon RN. Perhaps, the following grounds are a good explanation of such choice.

– Swift syntax is clear and concise, therefore it makes APIs in Swift easy to read and maintain. – Swift accumulates all the pros from different programming languages like Python, JavaScript, Go, Ruby, and others. – It is easy to understand because of a more rational code, which decreases the length of the code and thus the time of work. – Swift allows you to develop your application interactively. – Swift is easy and fast for programmers to learn. It makes creating iOS applications much more accessible. However, the pool of Swift developers is limited now. – Swift is designed for ensuring safety. – It is incredibly expressive and user-friendly. Playgrounds visualize data and programmers can quickly check and correct everything along with further development. – It provides safe memory management, type interference, generics, options, and simple but strict inheritance rules. – Swift can be compiled only into dynamic frameworks. – Swift is open-source. Initially created for Apple platforms it is slowly expanding to build on Linux. There is also an idea to make it Android-compatible. – Swift isn’t finished. Apple is still working on it, and it’s highly likely that new features will be added over the coming months.

– Despite the three-year history, the language is still considered young. On this account, all its performance and productivity can be overscored with growing pains and some issues. – A limited number of native libraries and tools. – Instability caused by changes with every new release. Besides, there is no backward compatibility with older language versions. Therefore, an engineer has to completely rewrite its project in order to switch to the latest version. – Lack of Swift programmers in the developer’s society. – Poor interoperability with third-party tools and information and data exchange systems. – Earlier iOS versions are not supported. You can target iOS7 and later.

So, have you decided what tool to choose – React Native or Swift? Obviously, a short description of advantages and drawbacks cannot reflect the actual experience of using a certain language or framework for your work. Nevertheless, everything should depend on your needs and targets. Thus, RN is a fit to build a mobile view on the basis of an existing app. Besides, this framework is a good solution for mixing cross-platform controllers and components. At the same time, Swift is the choice for complex target product packed with intensive graphics and modules. Hopefully, the information above will help you make a proper choice and succeed in your app-building undertakings.