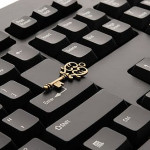 Smartphones have been a huge success in connecting billions of people to the internet, but it may be much harder to bring the next 4bn online. Facebook’s State of Connectivity 2015 report explains the problems.

It’s around 46 years since consumers first started to use online services, and 23 years since the NCSA Mosaic browser started to popularise the World-Wide Web. But more than half the world’s population – around 4.1 billion people – are still not using the Internet, according to Facebook’s 56-page State of Connectivity 2015 report. (PDF)

Much of the world still can’t get 3G/4G reception.
Facebook’s State of Connectivity 2015 report

The authors note that “Over the past 10 years, connectivity increased by approximately 200 to 300 million people per year.” At that rate, it could take another 15 to 20 years to get everyone connected, but it could take longer. The report points out that there are four major barriers to adoption: availability, affordability, relevance and readiness.

Availability is the first major problem. We can assume that the majority of new users will use 3G and 4G mobile phones to access the net. However, at least 1.6bn people live in areas where mobile broadband is not available. Over 90 percent of those live in the third world: in South East Asia and the Pacific, and in sub-Saharan Africa. Many of them live in rural areas.

This is a problem for network providers. It costs them two or three times as much to cover rural areas, but these rural areas have the lowest population densities. Worse, rural third-world people are least able to pay.

If network operators can’t even cover remote parts of the UK, USA and other rich, developed countries, what are the odds of them covering large areas of rural India or Africa, where mains power isn’t always available? Hence Facebook’s and Google’s efforts to expand coverage by using balloons or drones, and Microsoft’s experiments with free Wi-Fi networks run from solar-powered shipping containers.

Affordability is the second major problem. The report says that almost 30 percent of the people in developing countries still live below the poverty line, and 2bn people simply cannot afford to pay for 500MB/month of internet data.

According to Analysys Mason, the average UK mobile internet user spends about 1 percent of their household income on mobile data, and North Americans spend about 2 percent. The figure for India is just over 4 percent, and in Nigeria, it’s around 7 percent.

Charging costs? Users who don’t have electricity may have to pay $2 to $8 per month to charging shops to charge their devices.

Rising incomes and falling prices are helping to solve the problem, and the report reckons that “over the course of 2014, 500MB data packages became affordable for almost 500 million more people in the developing world”. But many people are still sharing access – there may be just one smartphone per household – and the poorest simply cannot afford it.

Relevance is the third major problem, and the one that’s hardest to assess. However, there’s certainly a language barrier for many users in developing countries.

According to the report, Google Android caters for just 76 languages, and even Facebook can only handle 139. That means Facebook can reach around 83 percent of users in their first or second languages, but it would need to handle 800 languages to reach 98 percent.

Readiness is the fourth major problem, and this is the most intangible. The report says it includes skills (digital literacy), awareness (of the benefits of being online) and “cultural or social acceptance”. There are no authoritative studies of social acceptance, but it’s a major problem for women.

This is a problem that, in the long term, can only be tackled by improving education, by providing internet access in schools, and by projects that teach digital literacy to girls who, in developing countries, may have limited access to technology.

However, there are projects to see if mobile phones can be used to improve literacy and impart digital skills. For example, in Papua New Guinea, where more than 35 percent of the population is illiterate, the SMS Story project is sending users stories in text messages. This has improved the levels of child literacy.

In conclusion, the report suggests that “connecting the remaining 4 billion will become increasingly challenging, as many are living in poverty, lack basic literacy skills and are not familiar with digital technology such as mobile phones”.

Smartphones brought billions of people online, but most of these new users were literate city-dwellers with some disposable income. Most of them had access to electricity in their homes and/or offices, and high urban densities made it cheap for networks to provide 3G and 4G coverage.

It could be a lot harder – and a lot more expensive – to reach the billions of poor, rural people, who don’t have those advantages.