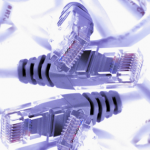 Ozon.ru, Reksoft spin-off and Russia’s leading online retailer, has announced that it has completed a $100 million funding round. This is the largest private investment the Russian e-commerce market has seen to date.

Ozon.ru, developed and launched by Reksoft in 1998, is today the leading e-retailer in Russia with a turnover of $137 (FY 2010) and 5.2 million registered users. Ozon established itself early on as Russia’s first e-commerce site and, like Amazon in the US, over the years built a leading position in the dynamic Russian market.

Ozon.ru will use the newly-raised funds to further develop its fulfilment and distribution operations. Investments will also be directed to the development of its travel division, Ozon.travel.

Reksoft is proud of its’ spin-off success and congratulates the team that participated in Ozon.ru’s coding, testing and business development from its inception to the present day.