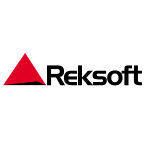 Reksoft, a leading software development outsourcing provider in Eastern Europe and part of Technoserv Group, today announced that it has been named as one of the Rising Stars of the 2012 Global Outsourcing 100 Ranking sub-lists.

The International Association of Outsourcing Professionals (IAOP) has been compiling its annual ranking of the world’s best outsourcing service providers and advisors, the Global Outsourcing 100, since 2006. The ranking and its sub-lists are essential references for all companies seeking new and expanded relationships with the best companies in the outsourcing industry.

This year IAOP gave a high ranking to Reksoft’s customer references, followed by company recognition and certifications. This reflects Reksoft’s continuous efforts in improving its quality and process management systems, evidenced by its being the only company in Russia with the highest CMMI certification (Level 5). It also speaks of Reksoft’s growing industry recognition in the country. In 2012 Reksoft was named “Innovator of the Year” by the St. Petersburg chapter of the American Chamber of Commerce and included in the TOP 100 Best Employers in Russia by HeadHunter, the nationwide recruiting website.

“Our message for customers is very clear – Reksoft’s thoroughly cultivated corporate culture, along with consistent investment into vertical competences and delivery quality, allow us to add visible value to any relationship we build. I am proud that our efforts have been recognized by the top industry association,” said Alexander Egorov, Reksoft Chief Executive Officer.

The 2012 IAOP Sub-Lists Honor Reksoft in the following categories: