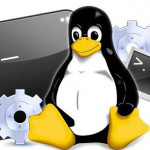 Finnish-American software engineer Linus Torvalds has published yet another release candidate (RC) milestone of the upcoming Linux 4.13 kernel. But alongside releasing the new RC version, the Linux creator has announced that he is set to launch the final build of the new kernel in the first week of September.

Considering the release schedule of all the RCs, we can expect the final build of Linux 4.13 to land on September 3. In the meantime, the RC6 has emerged in the community as a normal patch with a list of updated drivers for networking, sound and InfiniBand along with usual architectural improvements.

“Everything still looks on target for a normal release schedule, which would imply RC7 next weekend and then the final 4.13 the week after that,”

The prime highlight of Linux 4.13 will be the native support for advanced platforms, including Intel Cannonlake/Coffeelake and AMD Raven Ridge. This will open new avenues for distro maintainers to create a Linux distro for newer systems. Also, the new version brings support for DRM synchronisation object that is finally merged into core DRM.

Users will get a brand new DMA mapping subsystem and a new UUID subsystem. Additionally, Linux 4.13 is expected to enhance existing filesystem formats. F2FS and Btrfs have already started supporting state for enhanced file information. Likewise, EXT4 now supports largedir to allow up to two billion entries in a directory.

At this pace, you can expect the Linux creator to push RC7 in the next week, probably on August 27. You should ultimately make your systems ready for the next Linux kernel now.