Results of HTP Performance for Nine Months of 2011 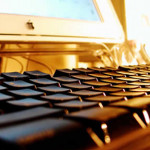 The volume of software production of Hi-Tech Park resident-companies in January-September 2011 amounted to 199% compared to the same period of the last year (adjusted for changes in USD currency rate and deflator – 139%).

The export of software and IT-services in nine months of 2011 amounted to 140,3 ml USD and increased by 48,6% in comparison with the same period of 2010. The export share in the overall HTP production is 85%.

In 2011 companies from 52 countries of the world became Hi-Tech Park customers.

As of October 1, 2011, 100 companies are registered as the residents of Belarus Hi-Tech Park.

The total number of employees in the resident companies of HTP is 10641 people.

Seven companies with the development centers in HTP: EPAM Systems, Luxoft, Sam Solutions, iTransition, Intetics, SoftClub, IBA Group are on the list of the world’s largest software and service providers “Software 500”, issued by brand name in the high-tech industry Software Magazine in October, 2011.