The Estonian Ride-Sharing Service Taxify is Hoping to Grow 10 to 20-fold in Five Years and is Planning to Hire Approximately 100 New Employees in Tallinn Within a Year, Writes LETA/BNS. 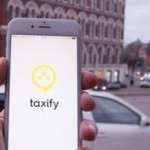 “Our domestic markets are Europe and Africa, in that regard we see room for growth in existing cities so that we could grow 10 to 20-fold here,”

“In addition there are a number of cities in Europe, in which we are not at all at present, but we plan to expand during a certain period of time,”

Villig said, adding that the company is planning to increase the number of car rides, revenue as well as the value of the company.

“We will not enter the Asian market, as [the Chinese ride-hailing app] Didi [Chuxing] is already there with its existing partners, they have invested in South East Asia’s GrabShare and India’s OLA, the local market leaders.”

Villig said that after Didi Chuxing’s investment, Taxify is actively dealing with employing new people. “We are planning this year to employ 30-40 software developers as well as add 50-60 people to customer support in Tallinn, so approximately a 100 people in the next 6-9 months,” Villig said, adding that approximately half of the employees, mainly software development specialists, will come from abroad.

Taxify last week announced that the company has started strategic cooperation with the Chinese ride-hailing app Didi Chuxing, which has purchased a 13-percent holding in the Estonian ride-sharing service.

Taxify is a transport technology company founded in 2013 which develops a global mobile transport platform. It operates in 25 cities and 18 different countries, including Latvia, and mediates tens of millions of rides. The company employs more than 180 people and 2 million euros of risk capital have previously been raised to finance growth. Taxify is expanding to a new country or city every month and employing an average of 15 new employees.