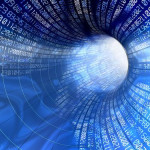 Romania could be the first country in South-Eastern Europe to launch a tender to grant 5G licenses, said yesterday Adrian Dita, president of the telecom regulator ANCOM, reports local Capital.ro.

Prices for the new frequencies are “hard to estimate,” he explained. Prices for the 4G frequencies can’t be used as reference point, because the situation is different and the engine in their case was data transmission, Dita added.

The public debate launched two days ago and is the first step ahead of the auction. It will conclude on July 26.

After the debate, a Government decision will set the price for those frequencies. This could take place around September-October.

5G is another technology that

will considerably increase the speed, the quality and the number of users; an opportunity for operators to increase their revenues and develop future technology solutions