Romanian ERP Market. Crisis not over yet, but slight recovery in sight 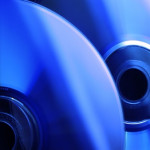 The total Romanian ERP market declined by 3.2 percent in 2010 and the implementation services market fell by 7.5 percent in the same period, visibly struggling under the impact of the ongoing crisis.

This is the highlight of the sixth edition of the ERP Romania research, the only thorough radiography of the software and services market for ERP systems in Romania, which has just been published by Pierre Audoin Consultants (PAC).

The research report goes on to say that the negative evolution of the ERP market in 2010 was much more serious than reflected by these figures. However, the market was “saved” thanks to the two or three big contracts that particularly boosted license sales at the end of the year.

In 2010, SAP maintained its leading position in ERP software (licenses and maintenance) sales, as this was again the solution preferred by one of the largest industrial groups in Romania, which decided to switch to SAP and to acquire a large package of licenses at the end of 2010.

Among the local companies, TotalSoft consolidated its position as the best sold ERP system after world leaders SAP and Oracle and its licenses sales have again grown in 2010, reaching new record levels, which also gave the company a larger share of the Romanian market.

In the services field, S&T still is the largest independent integrator, considering its income from ERP projects (mostly SAP, but also Oracle), yet the evolution of its business was negatively influenced by the company not getting involved in new wide-scope projects in Romania, as well as by the fast decline in the volumes of consulting and integration for large deals signed before 2009.

Of the integrators, Romsys is the only major player to have gained market share in 2010; being well positioned both in the public project market and in the field of large retail stores. Romsys seems set to follow an ascending trend in 2011 as well, far ahead of the general market evolution.

Eugen Schwab, Managing Director PAC Eastern Europe and coordinator of the ERP Romania 2011 market research, emphasizes that “The public sector in Romania, as well as the ones in Russia and Turkey, are the least modernized, the least transparent and the most inefficient in Central and Eastern Europe. Could it be just a coincidence that precisely in these three countries the ERP type of software solutions is chaotically implemented in the public administration, via specific developments that exclude the contribution of know-how from Europe or even the USA and without an evolution of the internal processes, of the work, budgeting and control methods?’”

Nevertheless, PAC forecasts a change, be it voluntary or forced, in the way in which IT systems are acquired and adopted in the Romanian Public Sector over the next five years. This would entail an increase in demand and also in the budgets allocated for the implementation of ERP solutions dedicated to the needs of the public administration, which have already become standard in most of the EU states. Therefore, PAC forecasts that ERP in the public sector will grow, on an average, by more than 20% each year between 2011 and 2015.

For the time being, Cloud ERP solutions, although they would very well suit the budgets and the needs of the Romanian SME sector, are unlikely to gain ground consistently. The first offers exist, the first clients also exist, but, for now, the demand is incipient.

Up until 2015, PAC expects the large and upper-medium accounts to remain the growth engine of the ERP market, considering the poor equipping, the expansion of the demanded functionalities and increased number of the users.

From strategy to execution, PAC delivers focused and objective responses to the growth chal-lenges of Information and Communication Technology (ICT) players.

Founded in 1976, PAC is a privately held research & consulting firm for the software and ICT services market.

PAC helps ICT vendors optimize their strategies by providing quantitative and qualitative market analysis as well as operational and strategic consulting. We advise CIOs and financial investors in evaluating ICT vendors and solutions and support their investment decisions. Public institutions and organizations also rely on our key analyses to develop and shape their ICT policies.