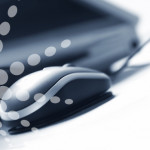 U.S. presidential candidate Mitt Romney invested in Gazprom and Yandex through his equity fund, triggering criticism from opponents for a presumed lack of patriotism and inconsistency between his rhetoric and his actions.

The Republican candidate has also invested in Youku, a Chinese version of YouTube, and the Chinese oil firm CNOOC.

Revelations about the investments come amid Romney’s harsh rhetoric against Moscow and Beijing. In particular, he said in March that Russia is America’s “No. 1 geopolitical foe.”

Romney has argued that his investments are legitimate and managed by a blind trust — an institution that has full discretion over the assets, with the beneficiaries having no knowledge of the trust’s holdings. In 2007, Romney noted that the trust’s management was adjusting his investments to his political positions. Yandex shares only went on sale after an IPO in May 2011, while Gazprom stock has been available for years.

According to the tax returns, Romney and his wife earned $14 million in 2011 and paid $1.9 million in taxes. His fortune is estimated at $200 million.