Roscomnadzor to Merge 80 Disparate IT Systems by End of Year 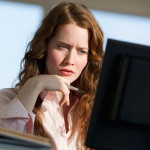 Russia’s Federal Service for the Supervision of Telecom, Information Technologies and Mass Communications (Roscomnadzor) will implement a new IT strategy by the end of 2014 according to an announcement made by the agency’s deputy head Alexander Pankov, reported Cnews.

Currently Roscomnadzor and its subordinate departments operate around 80 disparate IT subsystems, including several written in 1990 in the Fortran language.

Pankov has proposed reducing the number of IT systems to four, which will include UIS, ARMS, AIRS II and III.

It is expected that all four systems will be integrated with each other via electronic interaction. As a result, agents who received information from ARMS will be able to compare it to data from AIRS, and, in the case of any discrepancies, run a verification procedure with the corresponding operator.

Roscomnadzor has been facing increasingly complex IT problems. In particular, the recent adoption of three new laws aimed at blocking various types of content on the Internet have required the creation of departments based on three different systems. In the case of a new anti-piracy law, Roskomnadzor has also had to establish communications with the systems in place at the Moscow City Court, which is empowered to oversee this area.

Roscomnadzor also connects to interagency systems to communicate with the Federal Bailiff Service and the Treasury, and is moving towards providing automated electronically and transferring information in open data format.

Among the current challenges facing the agency is the establishment of a method for analyzing Internet content, establishing automated communication with the Ministry of Internal Affairs and the Federal Service for State Registration, Cadastre and Cartography, and providing information on extrajudicial appeals through its IT systems.

The agency also plans to launch an updated ERC supervision and control subsystem based on data from AIRS to automate inspections, the flagging of violations, and referral to the courts for the issuance of fines. The agency envisions that fines data will automatically be transferred to the Federal Bailiffs Service and the Treasury.