Ruby for the Nuby 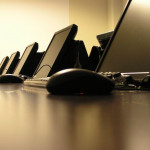 To celebrate Ruby’s 21st birthday (February 24), this webinar will introduce Ruby newcomers to the basics of the object-oriented, general-purpose language from Japan.

Participants will get a flavor of the language, and will come away with enough of a grounding to give them a head start if they go on to pursue the study of Ruby.

Longtime Ruby developer, trainer, author, speaker, and community event organizer David A. Black is a Lead Developer at the New York-based consultancy Cyrus Innovation, which he joined in 2009. David speaks and keynotes frequently at technical conferences and user groups. His book The Well-Grounded Rubyist (Manning Publications, 2009; second edition forthcoming) is among the most highly regarded books on Ruby. David was one of the founders, and for many years a director, of Ruby Central, Inc., the parent organization of the official international Ruby and Ruby on Rails conferences. He is also a professionally trained cellist, and holds a Ph.D. in Cinema Studies from New York University. David is a member of the ACM Professional Development Committee.

Erik Meijer is a Dutch computer scientist and entrepreneur. From 2000 to 2013 he was a software architect for Microsoft where he headed the Cloud Programmability Team. His work at Microsoft included C#, Visual Basic, LINQ, Volta, and the Reactive programming framework (Reactive Extensions) for .NET. His research has included the areas of functional programming (particularly Haskell) compiler implementation, parsing, programming language design, XML, and foreign function interfaces. In 2011 Erik was appointed part-time professor of Cloud Programming within the Software Engineering Research Group at Delft University of Technology. Since 2013 he is also Honorary Professor of Programming Language Design at the School of Computer Science of the University of Nottingham, associated with the Functional Programming Laboratory.

Currently Erik is CEO of Applied Duality Inc., which he founded in 2013. In the past, he was an associate professor at Utrecht University. He received his Ph.D from Nijmegen University. Erik is the receipient of the Microsoft Outstanding Technical Leadership Award (2009) and the Outstanding Technical Achievement Award as a member of the C# team (2007). He is also a member of the ACM Queue Editorial Board.