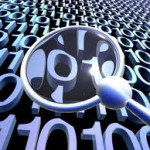 JSC SITRONICS (LSE:SITR), a leading supplier of solutions in the field of telecommunications, information technologies and microelectronics in Russia and CIS conducted the session “Silicon microelectronics – a basement of innovations” during the international forum of nano-technologies RUSNANOTECH 2011. During the session the representatives of the largest Russian and global microelectronics companies and the representatives of the state discussed the development of the semi-conductor industry in Russia, identified the main reasons hindering its growth and offered the ways to overcome them.

The international nano-technologies forum RUSNANOTECH is the site for discussion of the issues of establishment and innovation development of nano-industry. On the opening day SITRONICS organized the session “Silicon microelectronics – a basement of innovations”, which started with the round table “Russian market of microelectronics – what goals are we achieving?”.

The participants discussed the competitive ability of production of electronic devices and its localization to the level of the complete cycle assembly, actions for stimulation of domestic demand, policy for protection of the intellectual property. The moderator was the Deputy Director of the department of radio-electronic industry of the Ministry of Industry and Trade of Russia Mr. Alexander Suvorov, the participants were the Deputy Director of the department of project management of the Ministry of communication of Russia Mr. Stanislav Korchivoy, Vice-President of SITRONICS Academician of the Russian Academy of Science Mr. Gennadiy Krasnikov, the President of SEMI Europe Mr.

“The microelectronics is the basis of any technical device, therefore the development of own semi-conductors industry is the issue of technological independence and of authority of the country on global theatre, – commented the Vice-President of SITRONICS, Academician of the Russian Academy of Science Mr. Gennadiy Krasnikov. – Today, the representatives of scientific circles, of business and of public authorities tried to develop a common view on targets and criteria of evaluation of the process of microelectronics development”.

“Russia already has own up-to-date microelectronics production facilities – a Micron factory, – stated the President of SEMI Europe Mr. Heinz Kuendert. – However, one factory for the country with such microelectronics traditions is not enough. The further growth of the industry requires development of the eco-system of microelectronics, and first of all it needs the economical benefits for Russian manufacturers”.

At the end of the round table the panel discussion took place with the topic “Who will give the impetus to the microelectronics cluster in Zelenograd?”, which was organized with informational support of the internet portal Zelenograd.ru. During discussion the participants identified the main reasons hindering the development of the cluster of microelectronics in Zelenograd and proposed the actions to overcome them.

In particular, the participants of discussion noticed the need in soonest adoption of the program of tax benefits, since today the domestic enterprises are competing with the global manufacturers, that already for a long time have domestic benefits in the countries, where the manufacturing facilities are situated. The moderator of discussion was Mr. Alexander Erlich, the Chief Editor of the portal Zelenograd.ru.

The following persons also participated in the discussion: Marketing Director of OJSC “NIIME and Micron” Mrs. Karina Abagyan, Vice-President of STMicroelectronics Mr. Alain Astier, Head of Moscow branch of OJSC “OEZ” Mr. Yuriy Vasiliev and the representatives of the Government of Moscow and of OJSC “Rosnano”.