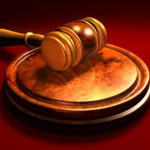 Russia’s top competition watchdog has apparently opened an investigation into Google over possible violations of anti-monopoly law, the latest in a string of legal challenges Google faces from regulators overseas.

The investigation follows a complaint made earlier this week by the Russian search engine Yandex, accusing Google of competing unfairly. Yandex has claimed that Google’s practice of bundling its services with the Android OS that manufacturers install on mobile devices was anti-competitive and hurting Yandex’s share of the search market.

The investigation launched Friday by the Federal Anti-Monopoly Service of Russia, as reported by the Wall Street Journal and Reuters, adds to Google’s antitrust headaches as it continues to be scrutinized by European regulators concerned with how its dominance in search affects competition in web services like mapping and travel. In addition, an independent app store complained to the European Commission last year of being excluded from the Android platform.

Neither Google nor Russia’s FAS responded to requests for comment.

After being notified by Yandex, the Russian regulator

“found evidence of the alleged legal violations and today we opened a case against Google,”

said Igor Artemyev, head of the FAS, in the WSJ report.

If Google is found to be violating Russian law, it could face fines or mandates to change its agreements with phone and other device manufacturers, the report said.

Yandex’s share of searches on Android devices in Russia have fallen from 52 percent in February of last year to 44 percent now, a spokesman told BBC News, while its share has risen on iOS devices over the same period.