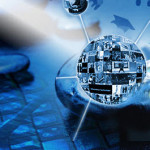 The country’s military has decided that it doesn’t trust what the free market offers, so it has gone its own way

Google (the company and search engine) and Android (the OS) are so tightly woven together, any attempt to separate them should be doomed to failure. The Russian government took another approach.

At the IFA consumer electronics show in Berlin, Russia’s Ministry of Defence previewed the Russian Mobile Operating System (RoMOS), which has the look and feel of Android, but doesn’t collect data for use by Google and pretty much hackproof, according to developers. It’ll be avaiable to the military first, then Russian consumers.

Now the sticky part: intellectual property. Android is open source, meaning developers are free to modify the OS. But if the Russian DoD built an operating system from the ground up to mimic Android, are they treading a fine line? If it’s actually a modified version of Android, does it have to be returned to the developer pool like other open source projects? Can Google’s law team find a way to keep RoMOS out of other markets?