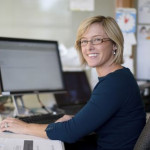 The Russian Direct Investment Fund (RDIF) has been given $70 million by the Russian National Wealth Fund, under the driection of the Russian Ministry of Finance.

The money will be used to fund the project to eradicate ‘digital inequality’ across the Russian regions, which will be undertaken in partnership with the national telecommunications operator Rostelecom.

RDIF has created a number of specialist companies for the implementation of the project, the capital for which will be provided in part by foreign co-investors.

The project to eliminate digital inequality was launched on 13th May 2014 by the Federal Communications Agency (Rossvyaz) and Rostelecom, and aims to provide universal network coverage across Russia over a period of 10 years.

The state contract, which outlines the terms of the project, states that Rostelecom must provide broadband speeds of no less than 10 Mbps to 13,600 population centres numbering between 250-500 people.

All in all this means laying around 200,000 now fibre-optic lines.