Russia Has Produced Global IT Leaders in Last 20 Years 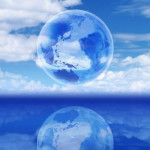 Russoft and leading players in the Russian IT industry gathered in St. Petersburg on Friday, 16 December to mark the 20th anniversary of the creation of the country’s software development industry.

It was in 1991 that home-grown companies first began to spring up in Russia to build their business on high-tech solutions aimed at the global market and competing with the world’s leading IT manufacturers.

“It was a bold challenge at a time when industrial production had virtually ceased, food was rationed, and people were queuing up in shops for the necessities of life,” remarked Russoft President Valentin Makarov. “At the same time, there were leaders who decided to compete with the world’s best in the field that is now called the innovation economy.”

Over 20 years, many of these companies have already become global leaders in the industry, whose success is recognized worldwide. Among these is Reksoft, which also celebrated its 20th anniversary since its founding in 1991 this year.

“At a time when commerce barely existed, a group of enthusiasts emerged in Russia and showed that we have brilliant minds capable of conducting business properly and honestly,” said Chairman of the St. Petersburg Committee for Information and Communication Alexander Demidov at at the party held in honour of the anniversary of the IT industry. “Despite repeated crises, these people have managed to survive and thrive, and they now represent a new level of innovation-based business for St. Petersburg and Russia in the global marketplace.”

According to Kirill Soloveitchik, Deputy Chairman of the Committee for Economic Development, Industrial Policy and Trade, the IT industry is today the fastest growing economy in St. Petersburg.

“The industry is characterized by the most important feature – the ability to compete in international markets,”