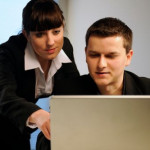 Russia is to set up an alternative to the Society for Worldwide Interbank Financial Telecommunication (Swift) to reduce the threat of sanctions on its business from western governments.

In September 2014 the UK suggested blocking Russian companies from Swift at a European Union (EU) summit. The UK raised the possibility as a sanction against Russia in reaction to the country’s role in the crisis in Ukraine.

Swift, which criticised the proposed ban, will lose business if a Russian alternative is established.

Ramilya Kanafina, deputy head of the national payment system department at the Central Bank of Russia, said the Russian central bank is taking no chances. “Given the challenges, Bank of Russia is creating its own system for transmitting financial messaging,” she said.

“It’s time to hurry up, so in the next few months we will have certain work done. The entire project for transmitting financial messages will be completed in May 2015.”

Kanafina said a centre for processing messages in Swift format is in the process of development. It is expected that all messaging options will be operating by December 2014.

At the time Swift responded to the proposal claiming its reputation had been damaged as a result of being linked with the crisis in Ukraine.

“Under fundamental principles of European law, enshrined in the EU Charter of Fundamental Rights, the singling out of Swift in this manner interferes disproportionately with Swift’s fundamental right to conduct business and its right to property,” said Swift at the time.

According to Eurostat, trade between the EU and Russia in 2012 was worth €267.5bn, with exports to Russia including machinery, chemicals, medicines and agricultural products, while imports from Russia were dominated by crude oil and gas.

Swift is a not-for-profit co-operative that provides the network that sends millions of financial transaction messages every day, across more than 200 countries. It is used by about 3,500 finance firms.

In 2012, the EU prohibited financial messaging services, such as Swift, from dealing with Iranian banks.