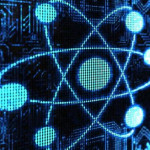 Scientists representing leading Russian universities and research centers have managed to create this country’s first superconducting qubit—the next step towards developing a quantum computer, announced the press service of MISiS, one of Russia’s top technology universities based in Moscow, and a participant in the project.

Alongside MISiS, researchers from the Moscow Institute of Physics and Technology (MIPT) and the Institute of Solid-State Physics took part in the qubit effort.

Russia made its first step towards developing a quantum computer two years ago when researchers at MISiS’ superconducting metamaterials lab pooled efforts with the Russian Quantum Center (RQC) led by Alexei Ustinov in successfully measuring a qubit.

However, the qubit they worked on had been created in Germany by a team led by Prof. Eugene Ilyichev (an ethnic Russian currently overseeing construction of a new laboratory in Novosibirsk, in Siberia).

By 2015, the goal of developing a domestic technology for superconducting qubit production required more resources, both human and technical; therefore many more scientific think-tanks in Russia, specializing in superconducting quantum systems, joined the race.

“We can now say with confidence that Russia has accumulated a critical mass of resources, including scientific centers, equipment, technology, researchers and solutions, to compete internationally with the world’s leading scientific hubs in the creation of a quantum computer,”

said RQC’s Alexei Ustinov, who’s also the head of MISiS’ superconducting metamaterials lab and a professor at the Karlsruhe Institute of Technology in Germany.

Scientists predict that quantum computers will revolutionize the world of computing as the new systems are expected to exceed in speed all the supercomputers we have today.

There’s no unanimous forecast, however, as to how long it will take to develop one; according to optimistic scenarios, the world’s first prototype may see the light of day within five-to-ten years.