Russian CIOs Plot a Path to the Future via Smarter Use of IT in 2012, Finds Oracle and PwC Report 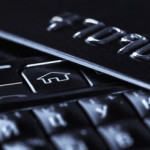 Independent research by PricewaterhouseCoopers (PwC) into the IT priorities of Communications Service Providers (CSPs) in Russia has found that 43 percent of CIOs currently spend more than half of their operating budget on “maintenance.” That is compared to 60 percent of CIOs in the rest of the Europe, Middle East, and Africa (EMEA) region.

While that suggests Russian CIOs may be managing many of their costs more effectively than some EMEA peers, more than two thirds (69 percent) of Russian CIOs did report significant overspend related to their use of bespoke applications.

When CIOs spent less than was planned, the average cost-saving on bespoke applications was 3.5 percent compared to 11 percent for COTS applications.

CIOs believe the move toward standardization (87 percent plan to increase their use of COTS in 2012) will create greater agility and make many of the partnerships they will need to seek with content and media companies easier to switch on or off. It will also reduce the cost implications of maintaining restrictive legacy systems, which can prove an expensive and problematic overhead in a business characterized by the need to bring products and services to market quickly.

Increased use of COTS in 2012 and the associated lower total cost of ownership will allow CIOs in Russia to target more of their budget at growth activities.

Nearly three quarters (72 percent) of CIOs in Russia plan a major upgrade or replacement of customer relationship management (CRM) systems in 2012. This will free them to focus on more strategic requirements and revenue drivers such as portal and content applications.

“This research shows CIOs in Russia are focused on simplifying and streamlining their core IT operations, and have made good progress in getting on top of maintenance costs. That is an important step toward focusing their budgets on growth rather than keeping the lights on, at a time when CSPs around the world are under budgetary pressures and faced with the need to increase innovation and competitive differentiation. By streamlining IT and reducing overspend on bespoke applications, CSPs across Russia will be better positioned to focus on the improved provision of content and services such as media and applications to customers, increasing loyalty and creating new revenue streams.”We are seeing renewed interest in business applications, such as CRM, Web Commerce, Self-Service, and Retail Point of Service, as companies look to better engage with their existing customers. We are also seeing CIOs increasingly buying off-the-shelf applications to create a more standardized IT ecosystem, across their own business, but also to tie in with standardization across partners,” said Dan Ford, vice president, product marketing, Oracle Communications.

“Through 2012 we see a dual challenge for CIOs as they come under increasing pressure to reduce both operating costs and capital expenditure, while meeting their organization’s desire to invest in improving customer experience to drive retention. CSPs see improved customer experience as the key differentiator and that means focusing spend and IT resource on effective CRM, not maintenance of bespoke apps,” said David Russell, UK telecommunications leader, PwC.