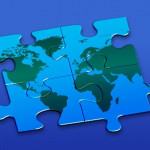 France will serve as a testing ground for one of NGI’s most ambitious projects – a VoIP and video conference service that would compete with Skype.

The project is scheduled for launch before the end of this year. “We want to create a pan-European player that can quickly deploy on all markets with quality services,” Les Echos quoted Reiman as saying.

A Kremlin-connected businessman – he seved as Russia’s telecommunications minister or advisor to the president for more than 10 years – Reiman believes that the high tech industries of Russia and Europe should get closer. “The Russian market has long been considered as a separate market, but Russian players are looking outside more and more,” he explained. “And this probably opens opportunities for French companies.”

NGI already owns a majority stake in Mandriva, a French Linux developer that was close to bankruptcy earlier this year. But Mandriva could benefit from NGI’s involvement in the development of a Linux-based Russian OS, a government-sponsored program that started in early 2012.

While France’s OSEO and Russia’s Bortnik fund (FASIE), two government-sponsored organizations, have been supporting bilateral innovation programs for years, Skolkovo, the state-sponsored giant tech hub under completion near Moscow, has scheduled a roadshow in France for later this year, in a bid to raise its still relatively low level of recognition among small and medium-sized French tech players.

Cooperation between private players has intensified too over the last few months.

Displair, the Russian airborne display maker, has just completed a triumphant roadshow in Paris. French business angels have participated in its recent seed stage round of financing.