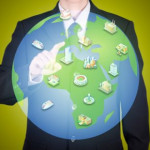 Five Russian companies have been included in the International Association of Outsourcing Professionals (IAOP) 2014 Global Outsourcing 100.

They are Luxoft, Maykor, Reksoft, Auriga and MERA. This represents a significant improvement on last year – when only three Russian outsourcing companies made the list (Luxoft was 41st, Auriga was 80th and Reksoft 94th).

You can download the full list of companies selected for the 2014 top-100 here, but the rankings themselves will not be published until the June edition of Fortune 500 magazine.

Maykor president Sergei Sulgin, whose company was included in the top-100 for the first time, commented that

“in the last 12 months Maykor has extended its services, optimised its automated task-management system and attracted investment from a consortium of investors including the Russian Direct Investment Fund, the European Bank for Reconstruction and Development and CapMan. Inclusion in IAOP’s top-100 companies underlines what we have achieved not only in Russia, but in the global outsourcing industry as a whole.”

Vyacheslav Vanyulin, General Manager of Auriga (which made the list for the 7th consecutive year), said that

“We are honored by the recognition Auriga has received once again, especially with the growing industry and the pressure of increasing competition. Auriga’s approach to building relationships with customers is based on transparent communications, commitment, flexibility, and responsibility. We are glad that this approach keeps paying off. We are pleased to be one in the list of the best outsourcing companies in the world and are committed to expanding our efforts and deepening our technological expertise in 2014 and beyond.”