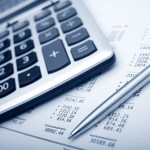 Financing of the Russian state’s Information Society (2011-2020) program is to be reduced by 52 billion rubles ($1.4 billion) to 1.1 trillion rubles ($32.1 trillion), according to the draft of a government decree prepared by the Ministry of Communications, Digit.ru reports.

This is the third planned reduction in the state program in less than four months.

At the beginning of January 2014, the Ministry of Communications proposed cutting funding from the state coffers for the Information Society program by 12 billion rubles ($333.4 million) to 1.208 trillion rubles ($33.4 billion). The changes, as laid out in the explanatory memorandum to the draft, were made in order to bring funding for the state program into compliance with the federal budget for 2014 and the planning period for 2015 and 2016.

Russia’s Information Society program consists of a number of sub-programs, including improvements to the information and telecommunications infrastructure, an Information Environment program, increased security and e-government initiatives.