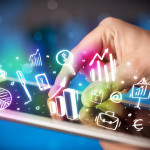 LighTech, a Russian project that aims to make the evacuation of large numbers of people more efficient, was awarded at this year’s Open Innovations international forum in Moscow, reported RVC, Russia’s fund of funds for innovation.

The LighTech project owners have developed a flexible linear uninterrupted source of electrical luminophore-based light with wide possible applications in combat operations, on hazardous production sites, in mines or in speleological projects.

The new system is said to enable rescue teams to employ much fewer people to conduct efficient and fast rescue operations and evacuations of populations and/or troops.

Using LighTech is expected to make it possible to find the best possible routes and improve order when evacuating people in adverse weather conditions such as mists, as well as in heavily smoked areas, in the debris of buildings, in cross-country conditions, or in muddy waters.

In addition to an Open Innovations prize, LighTech was awarded a certificate from IBM for use of the global company’s cloud services, while Microsoft gave the Russian company a certificate for participation in BizSpark, Microsoft’s international start-up focused program aimed at giving young entrepreneurs free access to a range of the firm’s licensed development tools and proprietary software, including the Azure cloud services.