Russian Ministry Announces IT Subsidies for 2014 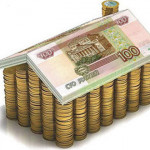 Russia’ s Ministry of Communications has announced that it will distribute information technology development grants worth 1.31 billion rubles ($39.9 million) in June 2014, according to documents from the ministry, reports RIA Novosti.

The volume of co-financing from the federal budget is expected to account for between 5 and 50 percent of a project’s overall expenditure commitments. As a result, the amount of funding requested by any one company may not exceed 30 million rubles.

Winning projects will be funded through June 1, 2015. In 2013, the ministry was unable to implement the distribution of funds as planned, and moved the subsidies to 2014. The ministry had planned to issue funding worth approximately 670 million rubles ($20.4 million). The contest was to be held in November of this year, but was later withdrawn. The ministry said this was due to the fact that issues with the implementation of measures before the end of the year meant that undistributed funds would be returned. In addition, the ministry explained, half of the initial applications did not meet the criteria set by the ministry.