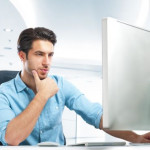 Russian project Fairwaves has announced on its website that in August it joined US accelerator Techstars.

According to RBC, Techstars has invested $118k in Fairwaves in exchange for a 6% stake.

The company previously received $80k investment from the Dutch fund NLnet, $260k from the New America Foundation Open Technology Institute, around $50k from the Russian Foundation for Assistance to Small Innovative Enterprises (FASIE) fund and $240k from business angel Sergey Gribov and a number of other investors.

Fairwaves uses open-source and IC technology to allow customers to start their own mobile network at low cost.

Their technology could be used by both major networks, to roll out coverage to territories with low population density, and by small local operators in more inaccessible regions, or for creating mobile networks in deprived areas.

The company was founded in January 2011 by CEO Alexander Chemeris and Chairman Sergey Portnoy.