A Russian smartphone technology for the visually-impaired 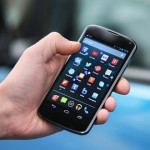 A group of blind entrepreneurs from Russia are launching a smartphone to help those who can’t see, and they plan to target the U.S., Scandinavia and Israel.

The EISmart smartphone for the visually-impaired is a hybrid device that combines the functions of a cell phone, an audio-book reader, a GPS navigator and much more. It helps recognize banknotes, determine illumination levels, and identify objects.

“When we started we didn’t have any experience in developing smartphones,”

“If we had known what we were getting into, perhaps we’d given it a second thought.”

While EISmart is not a technological novelty, it contains the best technologies available for the visually-impaired.

“Ordinary smartphones already do everything that EISmart does,”

“But in order to use them, the blind had to make serious efforts. EISmart makes Android possible for the blind, and it makes their lives easier.”

The buttons have eyes

“Apple, for example, created an interface that helps the blind use its telephones, but many people are accustomed to buttons,”

“And while young blind users have mastered the iPhone and the Android, the elderly are having difficulties.”

The entrepreneurs were also motivated by the economic crisis and the fall of the ruble; the cost of imported technology has doubled in Russia.

The new smartphone was developed through collaboration of some of Russia’s best developers and engineers who face physical disabilities. One member of the team is the talented programmer, Olga Yakovleva, creator of the RHVoice Russian language synthesizer, and who is blind.

The entrepreneurs discovered that the Blind-Droid Wallet program, which helps determine the value of banknotes, was openly accessible on Google Play. Its creators, who are also blind, wanted it to be free for users. Elita Group decided to support the project and paid for using the application.

Popko said EISmart was developed with an English-language interface to launch on the international market. Tests are now underway in Russia, and the preliminary cost is about $450. The company intends to distribute the phone through local partners in the U.S., Scandinavia, and Israel.

Elita Group was founded 10 years ago by Nusret Adigezalov, a blind entrepreneur and scientist.

Originally from Azerbaijan’s capital, Baku, Adigezalov started having problems with his vision in the final years of his studies at university, and he moved to Moscow when he was totally blind. “We use ourselves what we offer to our clients,” Adigezalov proudly said.

Elita started by representing the world’s leading manufacturers on the Russian market. Before that, the production of equipment for the disabled in Russia was hugely state regulated. As a result, local developers made “something inexpensive and low quality,” said Popko, and the blind “had to use what they got.” Elita started to import high-quality products, and quickly became a leading supplier of equipment for the visually-impaired in Russia.

The first step was to acquire a license for the screen reader, Jaws, produced by Freedom Scientific, which is based in the U.S.

“Before that, the blind in Russia had to use illegal software,”

Today, Freedom Scientific is Elita’s main partner in Russia. Among others are the Japanese company Shinano Kenshi, Germany’s BAUM Retec, the U.K.’s Daylight, and other leading manufacturers.