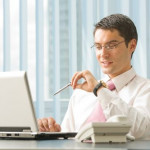 Moscow based fund Guard Capital has bought 15% of DoktorNaRabote, a Russian social network for doctors, for $2.8 million.

The project’s cofounder Stanislav Sazhin stated that the business angels from whom Guard Capital purchased its stake left the company having made tenfold profits.

DoktorNaRabote was founded by Andrey Perfilev and Stanislav Sazhin on 14th October 2009, so it will be celebrating its fifth birthday in just a few days. It boasts 302,624 Russian doctors at time of writing, and makes the majority of its profits from advertising, particularly from the pharmaceutical industry, who are banned from promoting certain medicines in the mainstream media.

In 2010 it received $300k from private investor Andrey Zepalov, followed by $500k from the fund Aurora Venture Capital and Valentin Gorshkov in March 2011. In December 2013 the company received a further $1 million from Bright Capital Digital.

This isn’t the first time Guard Capital have invested in the company. In March of this year DoktorNaRabote received $3 million investment from Guard Capital, Bright Capital Digital and Aurora Venture Capital, who are now the company’s main investors, each with a roughly equal minority stake. DoktorNaRabote is currently valued at $16.5 million.